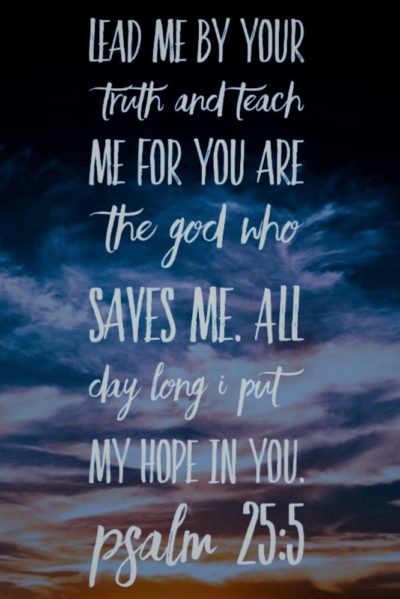 I am the type of person who tends to minimize physical symptoms when the onset of sickness of any kind starts to manifest. Some may call this denial, some may call this stubbornness. Either way the Lord again showed HIS faithfulness in keeping me safely tucked under HIS wings.

It was only about a week ago, when I was quietly sitting at the kitchen table reading that I suddenly felt queasy. Normally I tell myself that I am a child of God and no sickness can touch me.  I would push myself on, brushing off the ‘feeling’ I was having. However, this time I was thankful that I didn’t hold off too long before running to the bathroom. I was somewhat surprised by what my body was doing – I mean its been a long time since I vomited so violently.

The rest of the day – it seemed that I was getting worse I couldn’t hold anything down. I did what most people do, I “Googled” my symptoms. And I diagnosed myself as having the horrid flu. After reading that rest is the best thing to do, I allowed myself to sleep. And to be completely honest, I had no choice, my body was done trying to ‘push’ and I slept for four days only waking to use the bathroom and drink some water.

On the fifth day I was determined to resume back to normal activities as if I was 100%. Seeing that I had not really moved for 4 days I decided to stop at the gym after work and just ‘walk’ on the treadmill.

Well, that turned into a slow jog. But not wanting to overdo it, I periodically place my hands on the monitor to read my heart rate. To my surprise it was reading in the 200’s so I would slow down the pace only to work back up to a jog. This went on for 45 minutes and little did I know I was becoming shockingly red in the face to the point that those around me was becoming concern. Telling myself that I had done enough I went to the locker room to gather my things to leave.

Once home I felt I could eat everything in sight, I was so hungry. I carefully I tried to eat a little to see if it would stay. Feeling confident that I was over with the flu I ate myself a turkey on whole wheat sandwich, and some homemade guacamole.

Feeling that I had the energy I stepped up to make dinner (Bob had been on kitchen patrol while I was sick). The aroma encouraged me to fix myself a plate and join Bob (my husband) at the dinning room table. But as I started to take a bite I felt pressure in my upper abdomen and was too uncomfortable to try to eat.  Covering up my plate I told Bob that I would eat a little later, I figured that the turkey sandwich must have filled me up.

The pain continued to progress into the night, and not wanting to wake Bob up with my moving around, I got out of bed. Pacing the living room floor and trying several different positions to ease the pressure I was feeling, I silently asked PaPa God what I need to do to elevate the pain I was having. I didn’t want to over react and wake Bob, so I just kept praying to seek wisdom on what I should do.

I felt the Lord instructed me to call my sister in law Beth, she is a nurse. Yes, this would be maybe your fist thought but it wasn’t mine. Again, for the simple fact that I know that God can heal my body and I wasn’t going to overreact.

After telling Beth the events of the day and my symptoms she instructed me to go to the hospital. I started to argue with her, but I heard in my heart; why would I have you call Beth if I didn’t want you to follow her instructions.  Needless to say, I went to the bed room and woke Bob telling him that I needed to go to the emergency room.

Once arriving and giving my symptoms, I was taken back right away to have a few tests done. I was given an IV for the pain and after a short time I was able to lay still. After a few hours the tests results came back I was released with the instructions to make an appointment with the referred surgeon.

To be honest I wasn’t going to make an appointment, and Bob knowing me as he does, called the office as soon as it opened. My appointment went from a week out, to squeezing me “in” that day, to having a definite appointment. Each appointment modification I got a voice mail indicating the change, which lead me to think that this whole thing was becoming a joke, and that everyone needed to just calm down.

After the formalities of paper work we were taken back to wait. A short time later the surgeon came in after reading the notes (from the hospital I assume) and did a brief examination. Turning to me and Bob she said so we need to do surgery. When do you want to schedule it?

Almost laughing inside, I thought to myself; this is not what I am going to do. The Lord can heal me, I need all my body parts – if I didn’t then God would have designed me without them.

Again, Bob knowing me as he does, he made a few good points about taking the medical advice of the expert. Even though I was apposed to the whole thing I sensed the Lord tell me to let go and trust Him that he is going before me.

At first the surgery was going to be schedule a week out, but an opening came up to have it done the next day mid-morning. But a couple of hours after getting back home I got a phone call to be at the hospital at 6:30 a.m. I was going to be the first on the surgeons schedule. It was happening so quickly I didn’t have time to try to talk myself out of it. Which truthfully, I wouldn’t have done me any good.

To my surprise I wasn’t anxious about what was taking place. I really felt that the Lord was guiding the whole thing. Everything was just falling in place, even the surgeon herself said as she met with Bob and I before they wheeled me back to surgery; “I’ve never had such a quick turnabout before; as in meeting a patient and going into surgery so quickly.”

When completed the surgeon went out to speak with Bob and stated that the condition was worse then she expected. “It was a good thing that we did the surgery when we did,” she said, “It could have been a lot more complicated if we had waited.”

Four days has passed, and as difficult as it is for me to admit, I won’t be returning to normal duties just yet. Taking the advice from the doctor I am staying home (besides Bob has the vehicle).

Some people may say the events recorded above are all a coincidence, and God isn’t involved in our everyday lives.  But that is not what I believe.

I trust with all my heart that Papa God lead us each step of the way. And I am amazed how HE guided me, even despite my tendency to over analyze and/or minimize situations when it comes to my own wellbeing.

What I’ve learned (or learning) through this is let go and trust that God is leading me, He leads me despite me, Despite my tendencies.