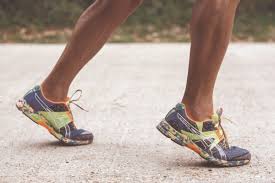 I am by no means a seasoned runner, experienced blogger, nor a Biblical scholar. I am just a woman eager to encourage everyone I meet to see God as I do: as a loving creator that so wants to partner with us to do those things in which HE has designed us to do.  My belief is that He is going to partner with us to be successful in the passions that we have – as long as we are glorifying Him. I hope this concept, though it may seem naive, would be exciting for each person that lives and breathes. It is our own uniqueness that He loves and HE loves us each uniquely.

My prayer would be that as you read my postings [Intercessor/Runner] it would only stir faith in you to pray for our communities and then watch God work.

Intercessor in training for a ½ marathon

Being that I am somewhat a beginner (maybe intermediate) runner. I really don’t have a specific training schedule to do a half marathon. I know that there are many types of training programs that help assist runners (form the novice to the experienced) to run these types of races, but this isn’t one. Instead, I want this training to be about intercession.

Intersession: a prayer to God on behalf of others.

Intercessor: A person who intercedes.

This may seem somewhat odd to you but let me explain. It was around 2012 when I stepped out my back door for my first ‘wog’ (walking and jogging). I would focus on my breathing, how I was striding, or how far I just jogged before I was found gasping for air. With all these things rolling around in my head I became discouraged. It was just all overwhelming for me; it was just too many things to think about. Well, this went on for several weeks until I found this scripture.

So, if you’re serious about living this new resurrection life with Christ, act like it. Pursue the things over which Christ presides. Don’t shuffle along, eyes to the ground, absorbed with the things right in front of you. Look up, and be alert to what is going on around Christ—that’s where the action is. See things from his perspective

To imagine what was going on in the heavens was a lot easier for me to focus on than on how ridiculous I might have looked as I stared at the ground trying to run the one mile. At first, I had envisioned angels cheering me on and fanning me with their wings, empowering me to go a little further.

Hebrews 1:7…He makes His angels wings, his servants flames of fire. Each time I went to ‘wog,’ I would play it over and over in my mind that the heavens were cheering me forward.

Over time this led me to interceding for my family and friends in my life, which then developed to praying for the families that lived in the homes that I would ‘wog’ past. I envisioned that my prayers were opening the heaven windows to have HIS agents intervene in the lives of all these people (young and old). I could see it in my mind’s eye, angels being deployed! It was exciting for me to think that God was working miracles. I didn’t know these people, but God did.

I remember the first time I prayed this I could sense the angels being overjoyed to have an assignment. And instantly had this thought; are the angels given to us bored because we are not deploying them on missions? I can only assume you might be thinking that this concept is rather childish, but it does say…Unless you accept God’s kingdom in the simplicity of a child, you’ll never get in (Luke 18:17 MSG).

Since then, I have expanded my intercession to go far beyond what my feet may tread. I envision more and more territory, like a faith bubble that grows in radius in the heavens as I gain mileage, being taken back from what has been stolen for the people in the towns, communities, cities, counties, and even state in which I run.

God blessed them and said to them, “Be fruitful and increase in number; fill the earth and subdue it…

Subdue is defined as to overcome or bring under control, make it quieter or gentle. This is what I do as I partner with God in prayer for His will in the specific area for which I am praying. This is called intercession, praying for others, and this is how the Savior want us to live.

The first thing I want you to do is pray. Pray every way you know how, for everyone you know. Pray especially for rulers and their governments to rule well so we can be quietly about our business of living simply, in humble contemplation. This is the way our Savior God wants us to live.

I am not putting any kind of pressure on myself in these prayers; I just trust, and believe God is working His will. It is really simple, but I believer so powerful.

I want to stir up an army of intercessors! As we train for our upcoming races we can take back what has been stolen; peace, justice, unity and joy. When we read about the life of Christ, we can see that every person Jesus encountered, HE made a difference. Being Christians means more than just going to church, it means making a difference in the areas that we live and in the lives of those around us.

Personally, I have only done a few 5k runs with the thought of doing a full marathon before I hit a certain age. Well, that ‘certain age’ is quickly approaching and I have readjusted my goals a bit. I am going to attempt a half marathon (13.1 miles) before I try to do the full 26.2 miles. And as I do my training I will be lifting this community in which I live in prayer, but not only this community but the communities in which I will be running my 5ks, 10ks, and eventually a half marathon. Funny thing though, I am not entirely sure ‘where’ I will be running this race, not yet anyhow, but God does.

I want to encourage you to pray as well and watch expectantly for god to work. Each week I plan to post what has been laid on my heart to pray about with the hope it will stir a passion in you to pray as well. Together we can make a difference, and who knows, maybe you will find me running alongside of you in race.

My desire is that you would share how God has lead you in prayer for your communities, and also testify of HIS great works in your home towns. All for HIS glory!