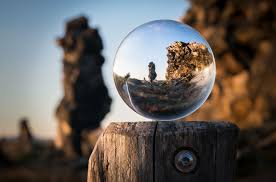 Earlier this year I had met a lovely woman at the church that my husband and I started going to. We hit it off right away, she drew me in with her optimistic spirit and her beautiful smile. We would talk for hours when we met for coffee.  And often my ear would become sweaty (yeah gross, sorry) when we visited each other on the phone.

This past summer my friend had gotten a Rhema word: “You will live and not die.”  At first this did not make sense to her, however it wasn’t much longer after that she got this word that she was diagnosed with cancer.

The prayers began to flood the heavens on her behalf from different church circles, our church included. My friend held onto that word (you will live and not die) as she began her journey to find help to restore her health. And quite honestly my prayers were not focused on her battle ahead. My prayer was focused on the ‘word’ she had gotten, as if to say; you got this God.

There were days that she would be dropped in my heart and I would pause and pray a quick prayer, but not as a warrior of prayer. Please note; I don’t believe we need to beg and plead with God to hear us. However, we do need to take prayer seriously.

In the different text messages I had gotten from her I had the feeling that she was strong and things were going well, so I wasn’t too concern. I stood on the assurance that she would “live” but when I found out today that she passed earlier this week I was stunned.

The sad news totally took me off guard, I was certain that we would be drinking coffee at the local Starbucks in the new year. The feelings of grief were followed by the feeling of guilt.

Knowing that guilt is not something that I needed to carry (1 John 1:9 if we confess our sins, HE is faithful and just to forgive us our sins and to cleanse us from all unrighteousness.) I tried to push the feeling aside reminding myself of Romans 8:1 (Therefore, there is now no condemnation for those who are in Christ Jesus…) Though I couldn’t shake it.

Suddenly the Lord reminded me of when Jesus went to the garden of Gethsemane to pray (read in Matthew 26:36-40). I didn’t remember the text word for word but, this question ran through my head; ‘Couldn’t you keep watch for one hour?’

I decided to look the scripture up in the different translations. As I read and reread my understanding of this began to change. Now, what I am about to say is simply my own thoughts. I am seeing this from a different perspective and I am trying to comprehend this idea. But, before I share my new understanding lets read the scripture together.

Then Jesus went with his disciples to a place called Gethsemane, and he said to them, “Sit here while I go over there and pray.” 37 He took Peter and the two sons of Zebedee along with him, and he began to be sorrowful and troubled. 38 Then he said to them, “My soul is overwhelmed with sorrow to the point of death. Stay here and keep watch with me.”

39 Going a little farther, he fell with his face to the ground and prayed, “My Father, if it is possible, may this cup be taken from me. Yet not as I will, but as you will.”

40 Then he returned to his disciples and found them sleeping. “Couldn’t you men keep watch with me for one hour?” he asked Peter. 41 “Watch and pray so that you will not fall into temptation. The spirit is willing, but the flesh is weak.”

To be completely honest with you, I don’t think I truly worked this scripture out on my own before. I remember some teachings on this particular story of Jesus’s life and have always thought that it meant; ‘I’ needed to keep watch and pray so that ‘I’ would not fall into temptation.  Then I suddenly saw something different threaded within these words. In my mind a different viewpoint came into focus. At first it was real hazy and almost lost, but I pushed in to see if it could become clear. This is what I came up with:

We know that Jesus gave up HIS divinity and took the very nature of a servant (Philippians 2:7). We also read in the above scripture that HIS soul (mind, will, and emotions) was overwhelmed. Jesus even cried out to the Father (as a human) ‘if it is possible, may this cup be taken from me.’

Could it be that Jesus was asking the disciples not to overlook (become sleepy, lazy) with the assignment to intercede (pray in agreement). Jesus spirit was willing however HE needed supernatural strength to endure the will of God.  The prayers of the disciples were to help war in the spiritual what was going to happen in the physical.

I hope you are understanding what I am trying to say. Could it be that the guilt that I felt once hearing about my friends battle was lost, was something God wanted me to feel? Guilt is not comfortable and in that discomfort, I was trying to push it away, thinking it came from the enemy.

Side note: Guilt is defined; a feeling of responsibility or remorse for some offense.

Suddenly in my new understanding the tears flowed again down my cheeks.

“Lord God, forgive me for not taking my job as an intercessor more seriously,” I prayed.

I am not saying that because I (and I alone) did not war in prayer for my friend as I should have, she lost the battle.  But what I am saying is; just because it is God’s will for things to ‘be’ doesn’t mean that the flesh is going to be strong enough to carry it out. I don’t care if it is fighting for life or walking in a ministry that God is calling you to. We need to be covered in prayer if we are going to walk the will of God out in our lives.

Is my friend with Papa God? Yes!

Is Father God pleased with her? Yes!

Is she in a better place? Yes!

I cannot imagine the battle my friend had to endure. Victory in the flesh would have given her more authority than she possessed before. The anointing on her to pray for those who have cancer would have been powerful. Do you think the enemy wanted that to happen? NO.

The spiritual battle that she went through affected her physically. I do not blame her, or God that her strength became weak. Bottom line; she had a choice to stay here on earth and fight, or, to be with Our Father, she chose to go home.  I know that my friend touched many lives for the Glory of God. The world is a better place because of her, and she will be truly missed.

One thought on “A different perspective”