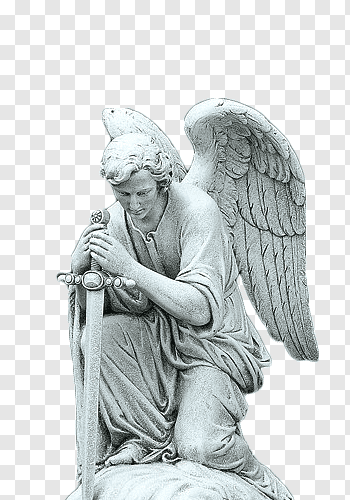 Something exciting thing happen to me over several weeks as I went on my intercessor run a few weeks back. And since it has had my heart engaged, wanting to explore this out more. Due to a lack of time to do all the treasure hunting that I want to do, I am reaching out to you to ask if you have insight into this experience that I had.

It was when I was running downtown, and I passed a bench alongside the street. Not consciously thinking about it, I lifted my hand and ‘high fived’ the air as I ran past. I thought it was odd but didn’t put much thought about it. I looped into town and ran down several streets and headed back home, and again I lifted my hand to ‘high five’ the air. This time I laughed at myself thinking; there must be an angel there, and I was acknowledging him.

Pondering the idea that an angel was sitting on that bench the following week, I decided to ‘look’ to see if I noticed him again.  I ran up to the bench. However,  this time I decided to sit down and look to see what the angel was looking at.

I saw a short side street without buildings or houses. And to my surprise, there were benches on each side of the street [I never noticed the benches before].  So there were three benches altogether – the one I sat on facing two others across the street.

In my Spirit, I sensed an angel sitting in each of those benches too. I called out to them, “Okay, you got my attention. I am coming over.” Walking over, I looked to see and listened to hear as I walk down the short street. That is when a question was dropped in my Spirit: “What do you know about this street?”

“I don’t know anything about this street,” I answered. But then I remember what the area looked like before. It was lined with condemned homes on each side. They were scheduled to be torn down to make room for the construction projects that have been unfolding. I recalled the sense of darkness I felt due to the demonic activity [drug paraphernalia] that took place once the sun went down.

Suddenly I started to pray loudly in the Spirit [in tongues] switching to making some declarations and then prayed more presenting the Blood of Jesus over the area  [physical movement waving my arms]. I reminded any legering demonic spirit that I have Blood bought authority [keys], and I was going to use it. And then I started to bind the illegal activity in that area; those things that would not be allowed in Heaven and loosing what was legal in Heaven. I finished and walked out of the area. Looking for a moment again at the three benches, I said, “Okay, I am done.”

Several weeks later on my intercessor run, I went out past that particular area; however, I didn’t stop at the benches.  I didn’t have the urge to give a ‘high five’ to the angelic – truthfully, I was looking to see and listening to hear how I was to pray for “that” particular day.

Almost home, I was talking to Papa God and said, “Oh my goodness, I am so sorry I didn’t notice your angels today. I didn’t even look for them. I didn’t mean to neglect them.”

As soon as I thought those things, He said, “That’s okay, they aren’t there anymore. They did what I wanted them to do; to draw you to the area to declare and pray what you did. They are on another assignment.”

Then today I was listening to a Bethel podcast while I was at work [Safety of Abiding in the Presence of God March 15th 25 minutes into the message] Bill Johnson was reading from Ps 91 and made a few statements:

Realties are released in a decree. Somethings have to be declared to happen. That’s who we are. That is how we function.

Bill mentioned how Randy Clark was ministering in Argentina. One of the leaders in Argentina made a statement to Randy [not quoted] In the American church, you know a lot about operating in the gifts of the Spirit, but you don’t know how to partner with the angelic. Bill goes on to say; that in scripture, our decrees, the angelic realm know what their assignment is. Our decrees when we are saying what HE [God] is saying.

Referring to the second part of Psalms 103:20 – Bill points out that the angels give attention to the voice of HIS word. He goes on to say, In my experience, I believe the voice of HIS word – that is you and me; it is when God speaks to the quiet of our heart and unless we declare it – it goes unsaid.

So knowing what I know: Our words have power. We have free will, and we can choose to speak blessings or curses, life or death. God is waiting for HIS church to bring Heaven to earth. Angels cannot speak for us because we are created in the image of God- they are not. We are called to take a stand to the devil’s schemes.